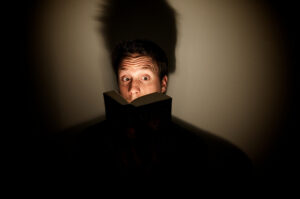 Recently ABC News ran a story of small-dollar lending run amock. Elliott Clark, a retired Marine from Missouri took out multiple payday loans, totaling $2500. Over the next five years, he spent upwards of $50,000 to repay those loans.

The anecdote, if true, demonstrates how volatile and unpredictable these kinds of loans can be.

The man was obviously in a tight spot. He needed money for his wife’s surgery, but no banks or credit unions would help him. What options did he have, other than to use a payday lender with an open-ended loan?

The answer is simple: an installment loan.

Of course, that is easy to say now… Clark’s circumstances developed back in 2003, when installment loans were only available as big-dollar loans from large banks or lending institutions. But these were the very places that wouldn’t help him in his time of need.


Mr. Clark had no choice but to turn to payday lenders. But you DO have a choice.

Payday loans used to have a stranglehold on small-dollar dollars. If you needed money you had two choices – the bank or the payday loan store.

But things have changed. As the market for payday loans has grown exponentially in the last two decades, new businesses have emerged with new products and services to cater to this market. One of these new developments has been the advent of the small-dollar installment loan. This is a much safe, more controlled, and closed-ended way to borrow money.

Like a payday loan, an installment loan is an unsecured loan – that means you don’t have to put up collateral like a car or a house to secure it.

Unlike a payday loan, your entire repayment schedule is mapped out, and agreed upon by you, before you complete the loan. So you don’t have to worry about hidden fees, extra charges, or balloon payments. The interest doesn’t pile up week after week after week. The interest is calculated up front, combined into your payments. This way you know exactly how many payments you have, when they are due, and how much each payment will be. For the life of the loan!

It’s important to know your options, so you know how these financial decisions will effect you next month and next year. So learn the hard lesson Elliott Clark is trying to spread across the country – stay away from the cycle of debt that payday loans can generate.

Try another approach when you need fast cash, a safer approach. Get the kind of loan that lets you remain in control at all times, and not at the mercy of a rapidly changing market.