Cash Advance : Is It the Same as a Loan? 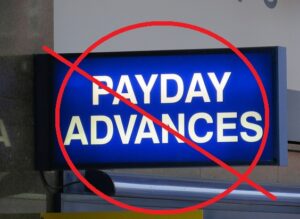 The term cash advance can mean different things to different folks. The origination of the phrase actually had nothing to do with loans. These days most people associate it with the small loan industry, but where did cash advance begin, and what exactly does it mean?

The Origin of the Cash Advance

Originally a cash advance meant something far different than how we think of it today.

An employer, or a patron, could offer an advance on the pay a worker would be due. This could be from the boss at a factory, the owner of a farm, or someone who had commissioned a piece of work to be done. The worker would at some point need to be paid, but they could be advanced their pay ahead of time.

In this instance a cash advance was simply an early release of the funds they would be paid.

The entertainment industry still uses advances in pay for work to be done to this very day. If a writer is supposed to write, he or she needs the cash in advance to support them as they work.

What an Advance Means to Most People

The private lending industry has always hustled to distinguish itself from the Big Banks and the mainstream lenders. One play in their book is the branding of certain phrases and words.

They were looking for a new way to promote short term, small dollar loans without using the word “loans,” and they settled upon “cash advance.”

No longer did an advance mean a person being advanced their own money, now it meant just another kind of loan. This was money being borrowed that you would be required to repay out of your next paycheck.

They weren’t actually advancing anything to anyone. It was just a loan under a different name.

Decades worth of common use later, and this is what most people think of when it comes to a cash advance.

At National Small Loan, we do not trade in cash advances. We offer reasonable loans where you get to set the repayment terms. Need a loan for three months? Eight months? Sixteen months, or more? Set your terms, get the funds today, repay in your own good time.