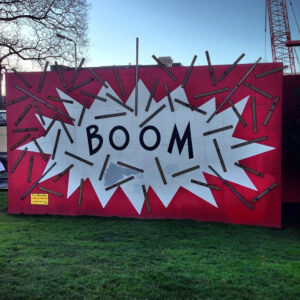 Installment debt is starting to make its mark on the American economy. While revolving debt (another way of saying “credit card debt”) continues to decline, more and more people are turning to installment loans for their financial needs.

Once you understand the difference between installment debt and revolving debt, you will immediately recognize why this is happening. The open-ended nature of credit companies, who don’t want you to ever be paid off and out of debt, just can’t compare to the installment loan.

The Latest Statistics on Debt

In 2016, almost 16 million Americans used personal loans. This is the largest number of borrowers ever. And it is not slowing down.

In January of 2017 credit cards and other forms of revolving debt declined significantly. Nationwide, it dropped by $45 billion in one month, which is the fastest decline it has ever experienced.

It seems that people are relying on their credit cards less, and turning to other forms of financing when they need a little help.

What is Installment Debt?

In it’s simplest terms, installment debt is a fixed sum of money due at a fixed point in time.

Let’s use an installment loan as an example. When you take out the loan you agree to the terms, which include the APR (interest rate), the payment schedule, and the total repayment amount. Once agreed upon, it is locked in for the life of the loan.

This is installment debt. It is a set amount of debt you are paying off in installments. Got it?

On the other hand you have revolving debt, like a credit card or a payday loan. For these forms of borrowing, the interest rate can go up or down month to month (sometimes down, but usually not). There is no set end date to pay it all off, and every month it isn’t paid off, that total of money owed goes up and up.

With no set end date and no fixed amount of money to repay, the debt “revolves” endlessly.

Installment Debt is the Wave of the Future

Now that you understand both kinds of debt, you see that revolving debt is on the way out. And why wouldn’t it be? Credit card companies and payday lenders make more money if you don’t ever pay them off, which makes for a much more adversarial relationship between lender and borrower. Installment debt is simpler, cheaper, and a better choice for anyone who needs to borrow money.
Apply Today