World of Difference Between Installment and Payday Loans 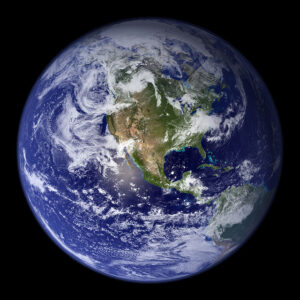 Will efforts by the federal government to shut down payday lenders also affect installment lenders? It’s an important question, and one that the government doesn’t have an answer for as of yet.

Installment loans and payday loans are two very different products. They have different terms, different rates, different fees, and different ways of doing business. But they are both small-dollar loans catering to working class people, and that may be all it takes for the government to wreak havoc with their industry.

The newly formed CFPB (Consumer Finance Protection Bureau) has been fighting for new regulations and rules to combat the private payday lending industry. And it seems to be winning that fight. New restrictions are being placed upon lenders, allegedly for the protection of citizens, but do these restrictions go too far?

If the entire lending industry is under fire, and not just payday loans, the bottom line is that the American working class will lose financial options.

What’s the Difference between Payday Loans and Installment Loans?

Both forms of lending cater to people who do not have good credit. The primary difference between these two common forms of small dollar loans is the way they are structured.

A payday loan is an open-ended loan. On paper these loans are supposed to be repaid in full from the borrowers next paycheck. That means the loan is paid off from within 1 to 4 weeks after it is taken out.

The reality is that the vast majority of borrowers cannot repay it all so quickly. The loans then “roll over” into a new pay period, with new fees or interest added. For borrowers who cannot repay it quickly, they often times see the loan stretch on for months. Acquiring months worth of additional fees.

This is what the CFPB is claiming they want to stop.

Installment Loans, on the other hand, are not open-ended. They are structured loans, where the entire repayment plan is laid out in advance. The borrower knows exactly how much each payment costs, and when each payment is due.

These loans do not roll over, and they do not add on additional fees or interest. It is an agreement, a legal contract, between borrower and lender.

Yes, both types of loans are similar in that they are loans, but the specifics of each loan are so different is makes them impossible to compare to one another.

If what the CFPB says is indeed true and payday lenders are “predatory” that still does not apply to the industry of installment loans. They are a safer, cheaper alternative to payday lending. They shouldn’t be outlawed, they should be promoted as what they are – a better financial alternative.