California Both Fights and Creates the Debt Trap 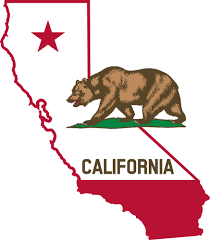 The governor of California recently signed into law a new bill to target predatory lenders. Speaking out against the “debt trap” Gov. Gavin Newsome said this bill would help to protect families that were already financially struggling.

On the surface, this seems like a win for the underdog, doesn’t it?

Except that it isn’t. California is a shining example of doggedly fighting the symptoms without even addressing the sickness itself.

Fighting Against the Debt Trap

It is alleged that these predatory loans target the most vulnerable citizens: mostly minorities, and centered in areas of the state that are under-served (or not served at all) by traditional banks.

In California the cost of living is sky-high, and many people live paycheck to paycheck. With no banks or financial services to call upon, these people must turn to small lenders, many of which are predatory.

This is indeed a problem!

But is the problem a handful of sneaky lenders? Or is the real problem an economy that strips these citizens of any other choices?

The governor says the lenders create a debt trap, but perhaps it is California itself that has created an inescapable cycle of debt?

California is really not much different from many other states. As private lending (such as payday loans, auto title loans, etc) keeps growing, lawmakers try to contain it when they need to be improving the economy.

The case in question cited by the Governor noted a consumer being charged $42 thousand for a $5 thousand loan. Of course this ridiculous and predatory, that is not the issue here.

The issue is “why would so many people in California decide to take this loan?”

If the answer is that their finances are so upside-down that this still seemed like their best option, then the governor needs to be looking at bigger problems then private lenders.