All Tribal Loans Are Not Created Equal 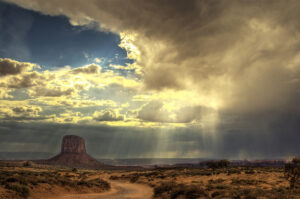 Not all Native American tribes offer tribal loans. But there are some tribes are host to several different lending businesses.

Not all tribes issue loans to people outside the tribe. But there are some tribes who actively seek outside borrowers.

In other words, there are as many different variations on tribal loans as there are tribes.

As of 2015, the federal government recognized 567 different Native American tribes. There are roughly 326 plots of land designated and administered by the U.S. government as Indian Lands. These include reservations and townships as well as old missions.

There is no official tally on how many tribal lenders are in business in 2018, but what is known is that tribal lending entities comprise the fastest growing section of the online loan industry. Tribal loans are growing bigger and more popular by the day.

What makes a “TLE” or Tribal Lending Entity unique is the matter of sovereignty. When a native tribe was sovereign land, then the tribe itself determines and enforces the rules. This includes setting the terms for lending, the interest rates for tribal loans.

In other words, the rules that apply to other lenders don’t always apply to tribal loans.

This gives the tribes more freedom in lending, which can be a huge benefit to borrowers. When the big banks won’t give you the time of day, you might find that the small businesses catering in tribal loans are more welcoming.

Because of the issue of sovereignty, which gives complete control to the tribe, what is true of one lender may not be true of any other.

Tribal loans have become their own industry, and all industries have their standard practices. There are organizations such as NAFSA (Native American Financial Services Association) that help to maintain the integrity of the industry.

That does not mean that all lenders are the same. Each tribe has the ability to chart their own course and establish their own protocols. Before signing the dotted line with any tribal lender, make sure you have a firm understanding of the details.

It’s true of tribal loans and all other kinds of loans – always read the fine print!