Female Wealth and the Future of American Money 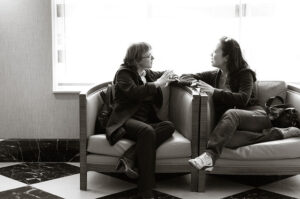 Even though women on average make less money then men, the number of wealthy females is growing at twice the rate as males. Currently women control about 60% of the wealth in the US, and that number will continue to rise. In other words, female wealth is growing exponentially.

Female Wealth is On the Rise!

The future of female wealth is bright – it is estimated that by the year 2030, females will be in control of over two-thirds of America’s wealth

Female Wealth is the Future of Money

If there were ever any doubts that this trend is temporary, let’s put them to rest right now. Women are working harder, studying more, graduating more quickly, and are poised to make even greater strides in the coming years.

In other words – the rise of female wealth is not cyclical, this is enfranchisement and empowerment finally giving American women the tools they need to build their own wealth and secure their own futures.

In addition to all these amazing facts, there is one more key to the future of female wealth : inheritance.

Research for a study from Boston College indicates that over the next two generations, 70% of all inherited estates will be passed down to females.

Yes, the wage gap is still real, but it is no longer sustainable. Female wealth is not a passing fancy, it is the future of America.