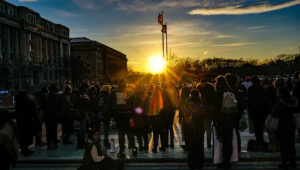 In our day and age, something as simple as a loan application should be completely impartial and unbiased. This is America, is it not? The land of equal opportunity. When it comes to financial matters, the only thing that matters should be the numbers.

Not So Long Ago…

It was not so very long ago when this was not the case at all. Up until the 1970s, it was still legal for credit companies and banks to decline loans for anyone, for any reason. Women and people of color were routinely rejected.

Those who weren’t rejected were often subject to invasive questions – asking a woman if she was married, for example, or was ever planning to have children.

In 1974 the Senate finally passed the Equal Credit Opportunity Act, which made this kind of financial discrimination illegal. And yet, over 40 years later there is still inequality in our financial system.

According to a 2012 report from the Financial Industry Regulatory Authority, on average women were still paying higher interest rates then men. A report by the Equal Justice Initiative in 2018 detailed how people of color are still rejected for home loans at a far higher rate than white applicants (a report the banking industry does not deny).

One of the founding principles of National Small Loan is to provide small dollar loans to those people the banks can’t or don’t want to help.

Our application for is simple and sticks to the important stuff – the dates and numbers that help define your financial situation. Your gender, race, religion, sexuality, none of these things should matter when it comes to a financial transaction.

Our loan rates remain the same for each and every client. There is no preferential treatment here. Unlike credit cards, we don’t charge women a higher than then men. We like to keep things simple and honest, and treat every customer with respect.